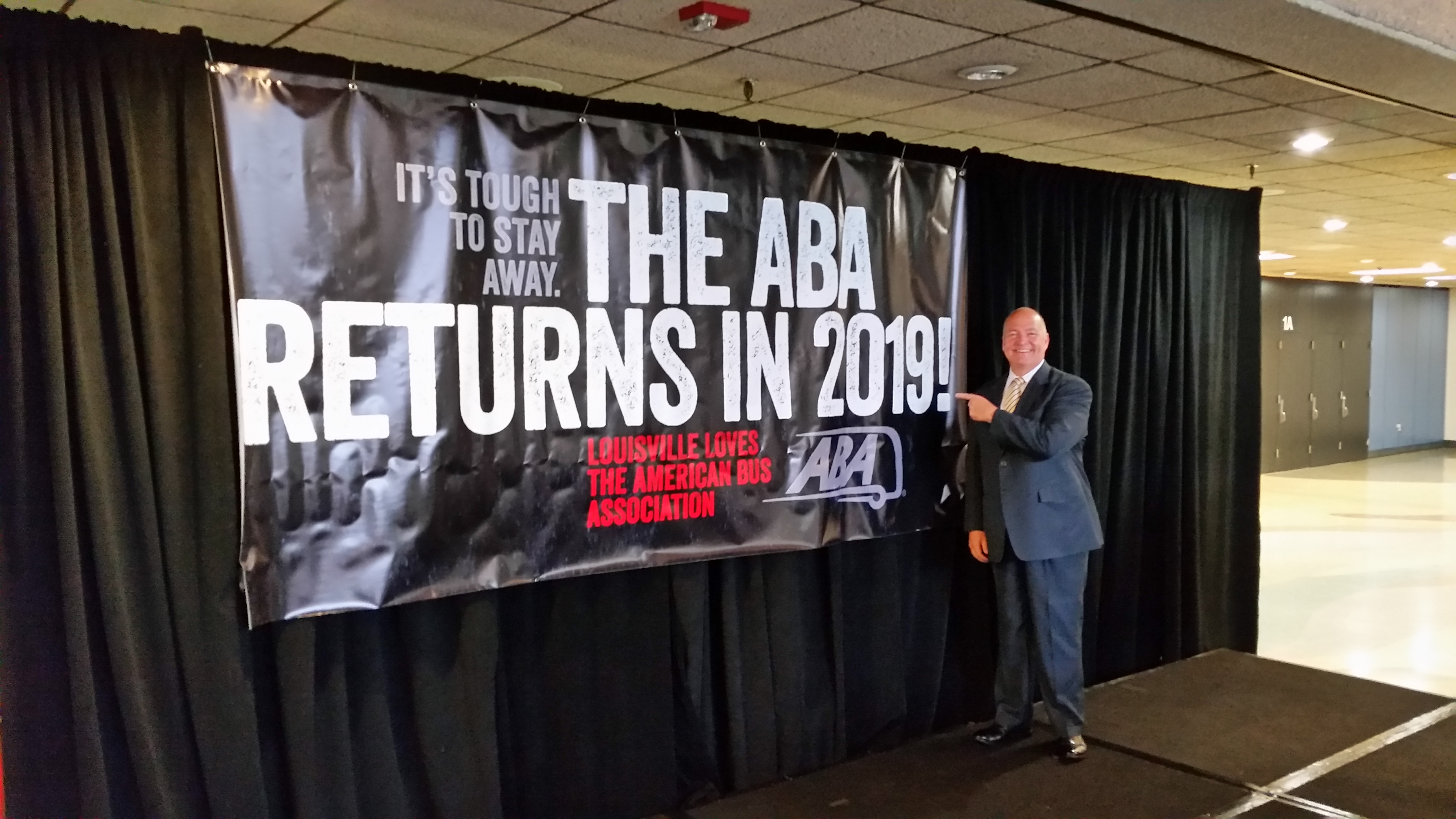 Today, ABA  announced its return to Louisville, Ky., for its 2019 convention. ABA will hold the 2019 Annual Meeting and Marketplace, Jan. 26-29, at the Kentucky International Convention Center. Louisville hosted ABA's annual event this past January.

"We look forward to bringing our ABA Annual Meeting and Marketplace to Louisville in 2019," said ABA President & CEO Peter Pantuso, CTIS. "Our members were wowed by the hospitality, quality attractions and culinary delights of Louisville when we visited this year and we can’t wait to see what they have in store for us in 2019."

As the ABA's annual Marketplace is the first motorcoach, travel and tourism show of each year, experts say based on the amount of business written and the number of people attending, it’s the best in the industry and always a ‘must attend’ event. In 2016, Marketplace welcomed more than 3,400 tour operators, suppliers and exhibitors and generated approximately $100 million dollars in booked business at the event or immediately afterward.

Noting all that Louisville has to offer including a new convention center in 2019, Pantuso said the ABA Board of Directors were unanimous in their vote to bring Marketplace back to Louisville.