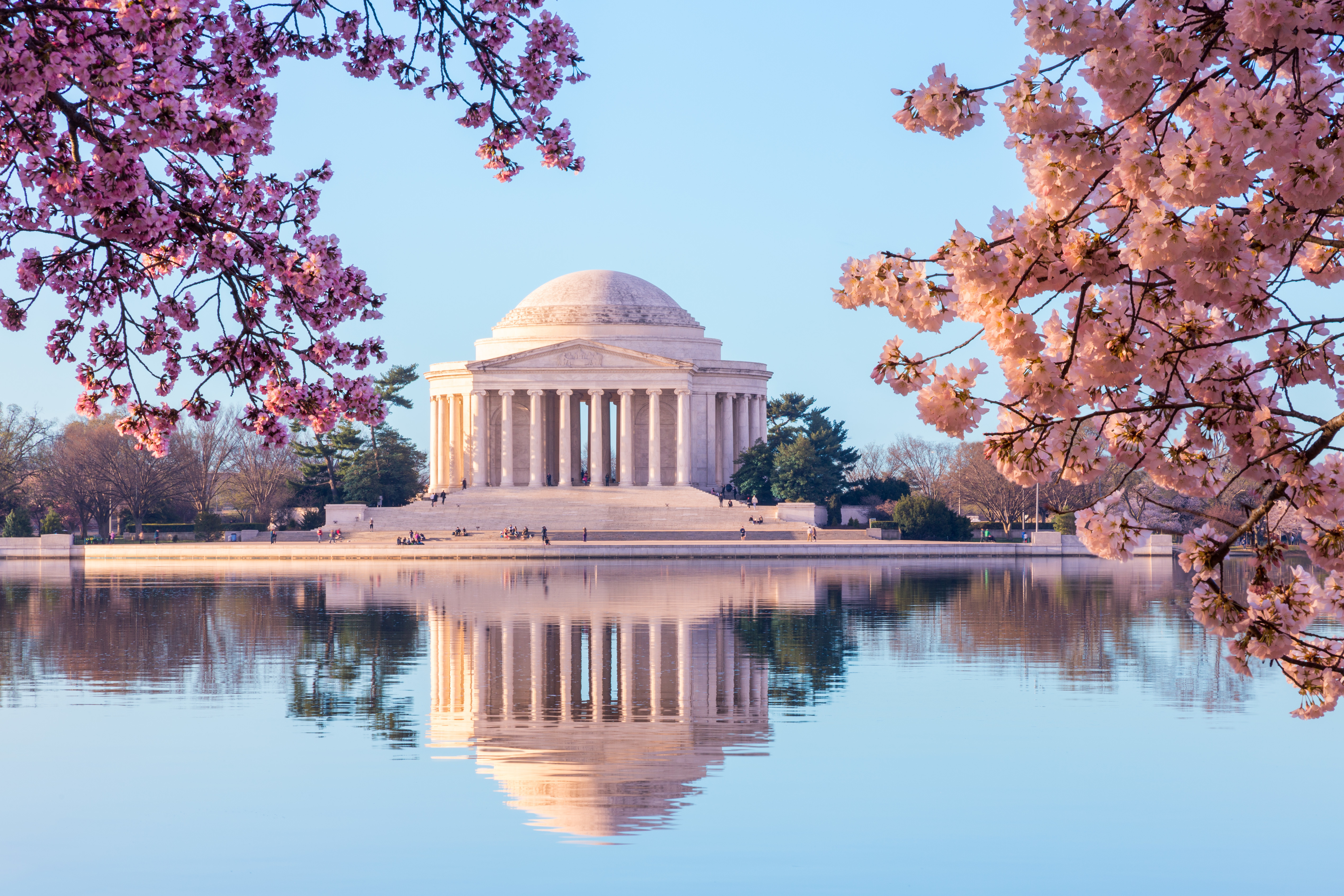 Do you hear it? The silence. It is deafening. This is the time of year when millions of school children and other visitors descend upon Washington, D.C. Residents are used to seeing as many as 2,000 tour buses all around the Mall as well as visiting historic sites like Arlington Cemetery, Mount Vernon, The National Zoo, The Baltimore Aquarium and more. It’s Cherry Blossom season and the streets and tidal basin are empty.

To understand the impact of the halt of motorcoach group tourism in the DMV area, here is a breakdown, according to the American Bus Association Foundation research:

In Washington, D.C., in 2018 more than 1.4 million group travelers visited on the equivalent of nearly 40,000 motorcoaches and filling more than 500,000 room nights in local hotels. These visitors spent more than $800 million shopping, dining, and paying to enter attractions all over the city. The total impact of this industry annual on Washington, D.C. is $1.6 billion and employing nearly 15,000, who now are losing their livelihood.

In Virginia, during the same time, more than 5.1 million group travel tourists visited the state on the equivalent of 147,000 motorcoaches and spending more than 1.7 million room nights in hotels across the state. These visitors spent more than $2.04 billion in shopping, attractions and dining. The total economic impact of motorcoach group tourism on the state is $4.6 billion, employing 41,000 residents in the state.

In Maryland, more than 4.1 million group travel tourists visited the state on the equivalent of 117,500 motorcoaches and spending more than 1.5 million room nights in hotels across the state. These visitors spent more than $2.09 billion in shopping, attractions and dining. The total economic impact of motorcoach group tourism on the state is $4.42 billion, employing 39,000 residents in the state.

And remember, we’re not just talking about any traveler and visitor to the nation’s capital, we’re talking about travelers who come by motorcoach, either on a tour, through a school or other charter, or those that arrive through Union Station on Bolt Bus, Mega Bus, Vamoose, Best Bus, Peter Pan and other carriers.

This is unlike the time following the 9/11 tragedy when citizens came together and continued to travel, shop, go to a show or movie, dine out and spend money.  Across the United States, the country came together to stand up against terrorism. We were defiant and came out in numbers to show the terrorists we weren’t afraid. Today’s terrorist is a virus that we can’t see. It attacks people across all ages, cultures, races and incomes. And instead of standing up to it, Americans are shuttering their doors and windows, hunkering down in their homes.

We don’t know when this will end. When the government will deem it safe to gather in bars and restaurants, visit our cultural centers, go to a ball game, etc. What we do know is that by the time this is over, many of the bus and motorcoach companies who used to bring visitors to the DMV to spend money could be out of business. Many of the nearly 95,000 tourism and hospitality workers in our area will not have a job or business to return to work. So many in the tourism and hospitality industry are small businesses who do not have millions of dollars stockpiled and saved up for rainy days like bigger transportation sectors. And although many have been around for decades and even centuries, we may lose these businesses. When the tourists come back, there will be less of what has made the DMV area one of the most visited areas in the country.

The tourism market in our area is at a complete standstill. The buses across the country have been idled.  Our neighbors and for many in the area, employers, are seeing lost revenue at a time when 90 percent their revenue is made for the year by the bus groups that come to the area during March, April and May, and that will never be recovered.

This story is not localized to our area. Around the country, the nearly 3,000 bus and motorcoach companies all stopped, and the nearly 100,000 employees out of work or about to lose their jobs.  In the United States alone, 2 million tourism and hospitality workers have either already been laid off or close to being laid off. This is an economic loss to the United States economy of $237 billion.

We need action today. While Congress and the Administration are considering bailout packages for the airlines, who will survive this crisis over time, they need to  remember the heart and foundation of the travel industry is the bus industry and the groups we bring to the DMV and other destinations, too before we lose all that we once took for granted as a quick trip to see the Cherry Blossoms.