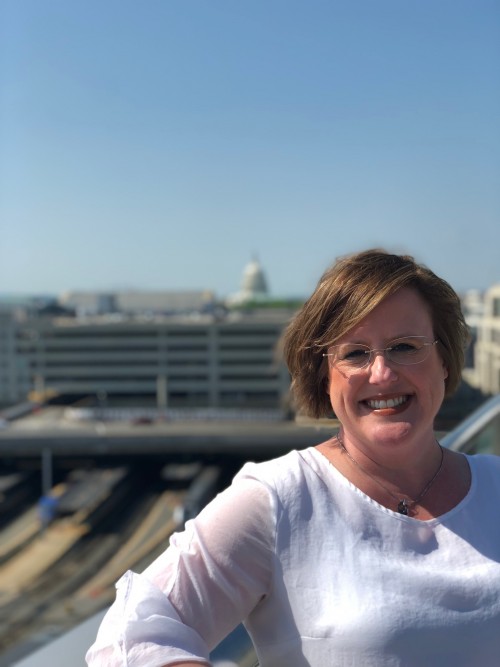 Melanie Hinton joined ABA in June 2016. As the Senior Director of Communications & Marketing, she oversees all of the communications and marketing needs of the association.

Hinton has nearly two decades of experience in journalism and public affairs, including most recently serving as the managing director of Airline Industry Public Relations and Communications with Airlines for America. There she oversaw airline industry and operations communications and worked with third-party supporters to help showcase the airline industry.

Previously, Hinton was the senior communications manager for the Association for Unmanned Vehicle Systems International. There, she led multiple public relations and marketing initiatives to help the association advance its reputation on Capitol Hill, within the industry and with the media. She was also the public affairs manager and head of campaigns and events for the British Embassy in Washington, D.C for six years. She also worked as communications manager for the National Association of Home Builders-Remodelers Council, and industry relations coordinator for the American Nursery & Landscape Association. Early in her career, she was a correspondent for the Evening Sun in Hanover, Pa., the North Hills News Record in Pittsburgh and the Pennsylvania Law Weekly in Philadelphia.

Hinton earned a Bachelor of Arts degree in journalism and political science from Duquesne University in Pittsburgh. She resides in Alexandria, Va., with her husband and daughter.