ABA Petition and Request for Comments

On January 10, 2019, ABA filed a petition requesting a determination from FMCSA that the California meal & rest break rules for drivers of passenger-carrying motor vehicles subject to the federal HOS regulations are preempted under 49 U.S.C. 31141. This petition was published by FMCSA on May 9, 2019 and is open for public comment.

On May 3, 2019, a federal district court held that FMCSA’s meal and rest break preemption determination applies to cases that commenced before the determination was issued. The court held that “[t]he FMCSA has promulgated an order which specifically bars enforcement of the relevant provisions of the California Labor Code as applied to property-carrying commercial vehicle drivers.” As a result, the court concluded that it “currently has no authority to enforce” the meal and rest break rules, and granted summary judgment in favor of the motor carrier on plaintiffs’ break claims. The court noted that the FMCSA determination is currently the subject of pending challenges before the Ninth Circuit, and noted that it would allow plaintiffs to move for reconsideration “if there is a change in circumstances regarding the applicability of the” FMCSA determination.

After several failed legislative attempts in the last two Congresses to preempt California rules requiring employers to give employees meal and rest breaks during a work day, as applied to drivers of commercial motor vehicles (CMV) subject to the FMCSA’s hour of service (HOS) regulations, in October 2018 several trucking associations petitioned the FMCSA to preempt the statutes/rules through administrative action pursuant to FMCSA preemption authority.  After FMCSA published notice of the petitions, which appeared to cover both CMVs of property and passengers, at the behest of several ABA members, ABA along with these members filed comments in support of preemption.  On December 28, 2018, FMCSA published its decision in favor of preempting the meal and rest break rules.  In the decision, FMCSA clearly stated its preemption was limited only to CMVs of property; however, the Agency noted it would consider a similar preemption petition for CMVs of passengers. 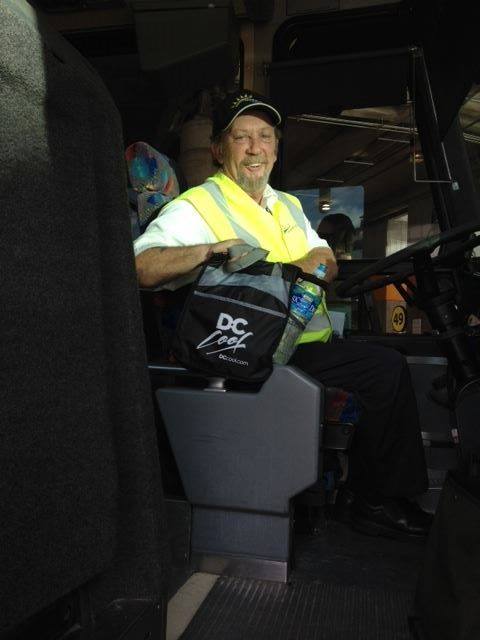 Ordinarily, the employee must be “relieved of all duty” for the period, unless “the nature of the work prevents an employee from being relieved of all duty,” and the employee enters into a written agreement to remain on duty, which he or she may revoke at any time. California law also provides that, within the transportation industry, every employer shall authorize and permit all employees to take rest periods, which insofar as practicable shall be in the middle of each work period. The authorized rest period time shall be based on the total hours worked daily at the rate of ten (10) minutes net rest time per four (4) hours or major fraction thereof. However, a rest period need not be authorized for employees whose total daily work time is less than three and one-half (3 1/2) hours. Authorized rest period time shall be counted as hours worked for which there shall be no deduction from wages.

In short, California generally requires employers in the transportation industry to provide employees with an off-duty 30-minute break for every five hours worked, before the end of each five-hour period; and a ten-minute off-duty break for every four hour period (or “major fraction thereof,” i.e., period greater than two hours), in the middle of each such period if possible. Commercial drivers covered by collective bargaining agreements that meet certain statutorily enumerated criteria, however, are not subject to the meal period requirement.

The current federal hours of service rules is defined under 49 CFR 395.5. No motor carrier of passengers shall permit or require any passenger-carrying CMV driver to drive:

No motor carrier of passengers shall permit or require any passenger-carrying CMV driver to drive, regardless of number of motor carriers using the driver’s services, for any period after the driver has been on duty: